As a snowboarder, mountain lover and climate geek, weather is a big deal for me. I'm really interested in tracking local trends and how weather is changing in our village, so I've been looking at getting a NetAtmo smart weather station. Tasty piece of kit, but a bit pricey for my liking.

This winter, I've decided to make time to learn some new things and follow some passions, so I figured this was a great opportunity to combine the two - and build myself a low-cost internet-connected weather station. After a bit of research, I ordered a few bits from Amazon and a smattering of other sites - starting with a Raspberry Pi Zero W (WiFi enabled), a BME280 sensor and a DS18B20 temperature probe. 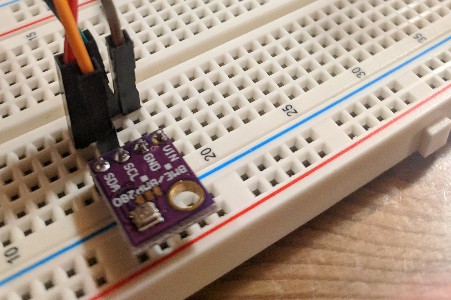 It's been pretty fun and got my thinking about lots of ideas now. I thought I'd share some of the things I learnt / re-learnt:

It was surprisingly cheap and easy to do (with a bit of prior knowledge and some Googling) - but it struck me that it would be easy to build a load of cheap e.g. rainfall sensors and then explore ways to generate super-local climate data.

It's sparked some ideas which I'm now going to play with and explore a bit further.

Pixelbook gamechanger
< Previous
UK-Africa Investment Summit: A chance for a fresh start
Next >